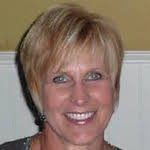 A/Prof Bronwyn Levvey has more than 36 years of clinical nursing experience, primarily in acute cardiothoracic and ICU nursing, along with academic qualifications in education and clinical epidemiology and research. With over 20 years of experience in the field of thoracic organ transplantation at The Alfred Hospital in Melbourne, A/Prof Levvey has focussed her skills primarily in lung transplantation for the last 16 years. Since 2008 she has held the appointment of Adjunct Honorary Clinical Associate Professor in the Department of Medicine (Faculty of Nursing & Health Sciences) at Monash University, Melbourne, as a result of her continued strong commitment to transplantation nursing, education and clinical research. Currently, A/Prof Levvey is one of the most experienced and senior academic Transplant Nurses within Australia, having authored or co-authored more than 95 peer review scientific publications.

Since 2003 A/Prof Levvey has made a significant contribution to research, protocol development and clinical translation in the utilisation of Donation after Cardio-circulatory Death (DCD) organ donors in lung transplantation, both in Australia and internationally. She has overseen the development and ongoing management of the National Australian DCD Lung Transplant Collaborative, and A/Prof Levvey was also one of the principal leaders in the development of the ISHLT DCD Lung Transplant Registry. Her knowledge and expertise in this area has resulted in a number of significant publications and invited presentations at local, national and international donation and transplantation scientific meetings.

Expanding on the DCD research theme led to A/Prof Levvey being awarded and completing a Winston Churchill Travel Fellowship (2011-12) with her project titled ‘To explore the potential of lung donation from individuals where their sudden death occurs outside an Intensive Care Unit’. Other areas of clinical and research expertise include optimising and use of novel immunosuppression strategies, improving patient adherence, chronic lung rejection, and optimising anti-viral and anti-fungal therapies post lung transplantation.

Your ticket for the: A/Prof Bronwyn Levvey