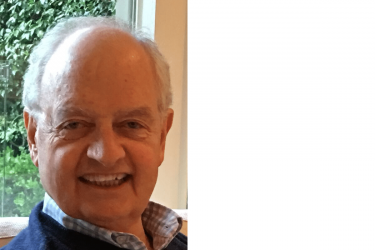 Saved from a rare and fatal lung disease four years ago by a double lung transplant, Tony is raising funds for the world-recognised Respiratory Unit at the Alfred Hospital. According to Tony, “their work is amazing, it’s like science fiction.”

The Alfred’s post lung transplantation survival rates are world’s best with 96% after 1 year and 74% after 5 years.

All monies raised by this swim will contribute to its clinical and research work and its support for people suffering from lung disease.

Tony says, “This swim is also to thank so many friends and my family for their wonderful support over the past four years. I have been overwhelmed and I am just so grateful”.

Tony will have a go at the 1.2km swim and we ask for your encouragement, support and especially your donations. He says that if poor weather interferes with the Point Leo swim he will go for the 1.5km Portsea Swim Classic on 18th January. If possible, both!

Donations of $2 or more are tax deductible and 100% will go directly to this extraordinary respiratory unit. All donations made before Wednesday 18th December will be matched dollar for dollar by the sponsoring donor up to a total of $20,000.

In Tony’s own words, “Most people never think about their lungs, taking for granted the fact that we breathe about 22,000 times every day. So it came as a complete surprise to me and my family when I was diagnosed with Idiopathic Pulmonary Fibrosis, and learnt that one in four people in Australia is affected by some kind of lung disease. From this point my journey with IPF took off in earnest, leading eventually to a double lung transplant.

From my experience along the way, I have learned that lung disease tends to be a poorly neglected and under-funded area of medical focus. There seem to be fewer funds allocated, less research and less available knowledge than with many other human disease areas.

My aim is to assist by raising funds for, and building awareness of, IPF and other lung diseases through the Lungitude Foundation, by voluntary speaking engagements, mentoring and support of patient care.”

I just want to make a donation

Your ticket for the: Double Lung Transplant recipient to attempt 1.2km ocean swim